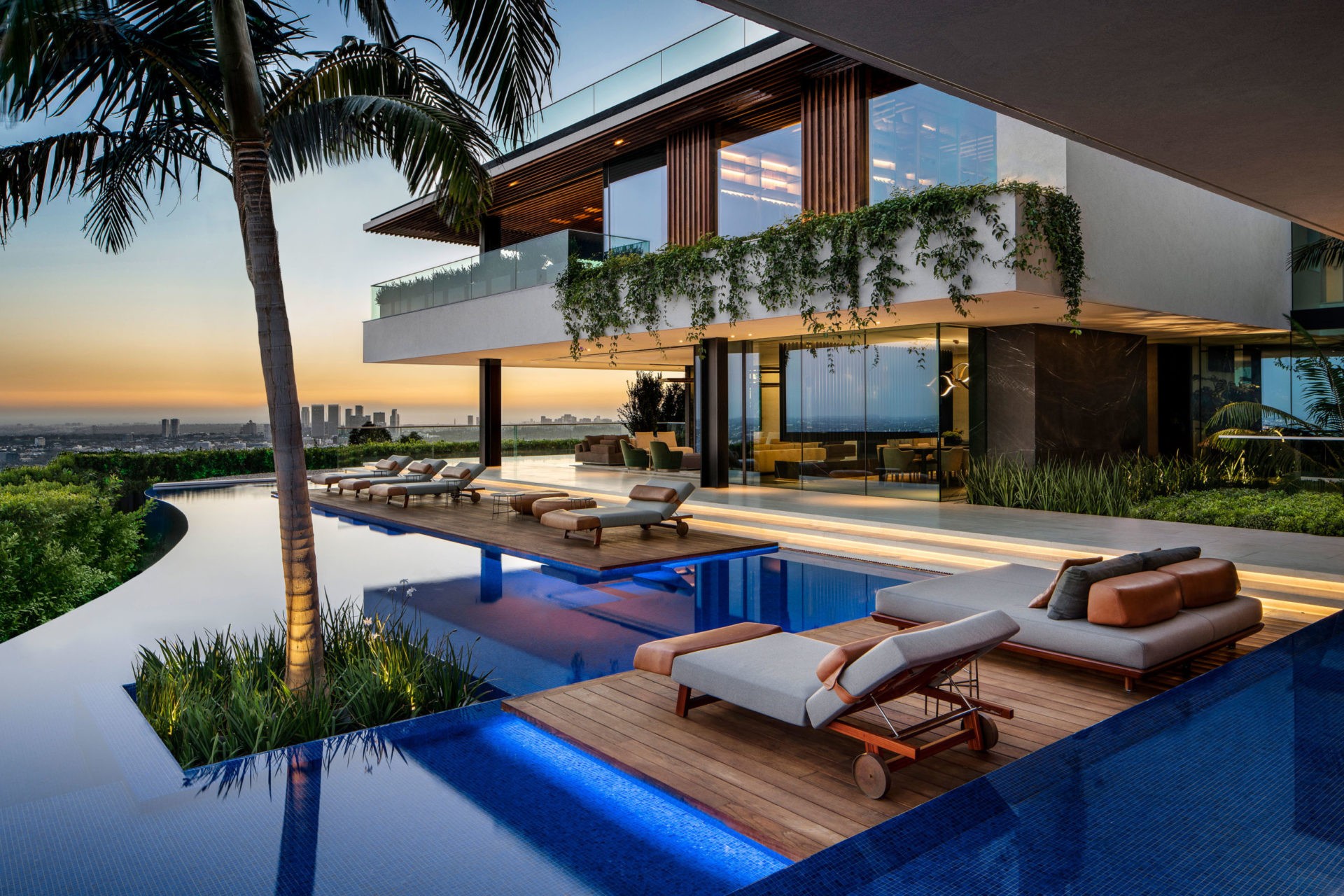 SAOTA’s first new-build home in Los Angeles sold for $35.5 million. Commanding a promontory above Sunset Boulevard, Hillside is a 20,000 square foot estate with 300 degrees of skyline city views. Conceived as an oasis in the sky, the home is designed to function as a self-contained resort with living rooms connected to extensive covered outdoor terraces enclosed by a pool and set in lush landscaping.

Ascending from the Sunset Strip, the entrance is through a top-lit atrium – surfacing in the center of the living level from which the unmatched vistas finally reveal themselves. Taking a cue from another nearby architectural icon, the Stahl House, SAOTA’s design recognizes the importance of the silhouette of the house when seen from below and the power of the roof forms to connect the home to the drama of the site. Consequently, the eaves and soffits designed a “fifth” façade – their bold forms and distinctive material treatments are highly recognizable from below. With such panoramic potential, placement of solid walls was carefully controlled – in turn emphasizing the drama of the roof-forms.