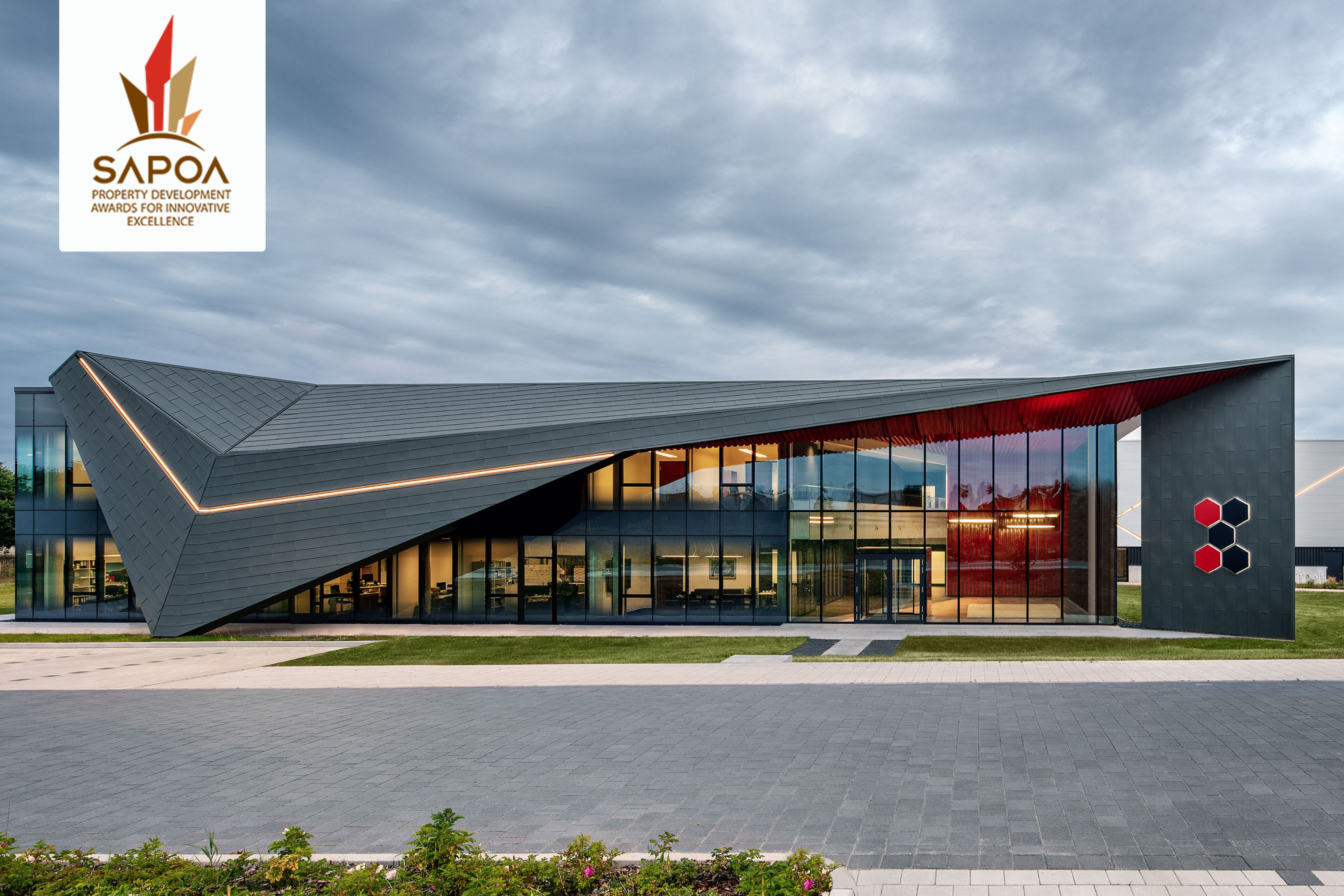 Kirsch Pharma HealthCare is a head office and production site in Bissendorf, Wedemark, Germany. The company specialises in the production of finished pharmaceuticals and dietary supplements (oral dosage forms) for the pharmaceutical, nutritional, biotechnology, veterinary and cosmetic industries. The design challenge was to rethink the often underwhelming and generic industrial prototype. SAOTA approached the project with the understanding that a meaningful architectural response to this environment would require a building that stood as a sculptural object in the landscape.

“This was a wonderful opportunity for us to explore the notion of a building’s appearance being a powerful driver, not only in housing and facilitating an efficient and comfortable working environment, but its ability to create a disproportionate impression and instil confidence in the clients and end-users of this company’s products,” says Stefan Antoni, Director at SAOTA.

In addition to an efficient state‐of‐the‐art factory, the company required a reception and office area that would articulate its ethos and identity while tying together the office and production facility. The aim was to create an uplifting work environment for its employees while instilling in them a sense of institutional pride and wellbeing. The design of the factory building was dictated largely by functional requirements and consists of a simple rectangular structure clad with light grey steel cassette walls forming a skirt or slightly projecting section of façade under which slips a layer of graphite grey-coloured trapezoidal sheeting. The canopy’s overhang not only provides shelter, but also brings human scale to the industrial setting and facilitates a welcoming transition into the building. The soffit’s red ribbing is surprisingly expressive, with a highly textural quality that brings additional humanising detail on approach while contrasting playfully with the monochromatic skies and architectural surroundings.

SAOTA has worked in 86 countries across the globe with projects in Lagos, Los Angeles, Sydney, St Tropez, Mexico and Geneva. 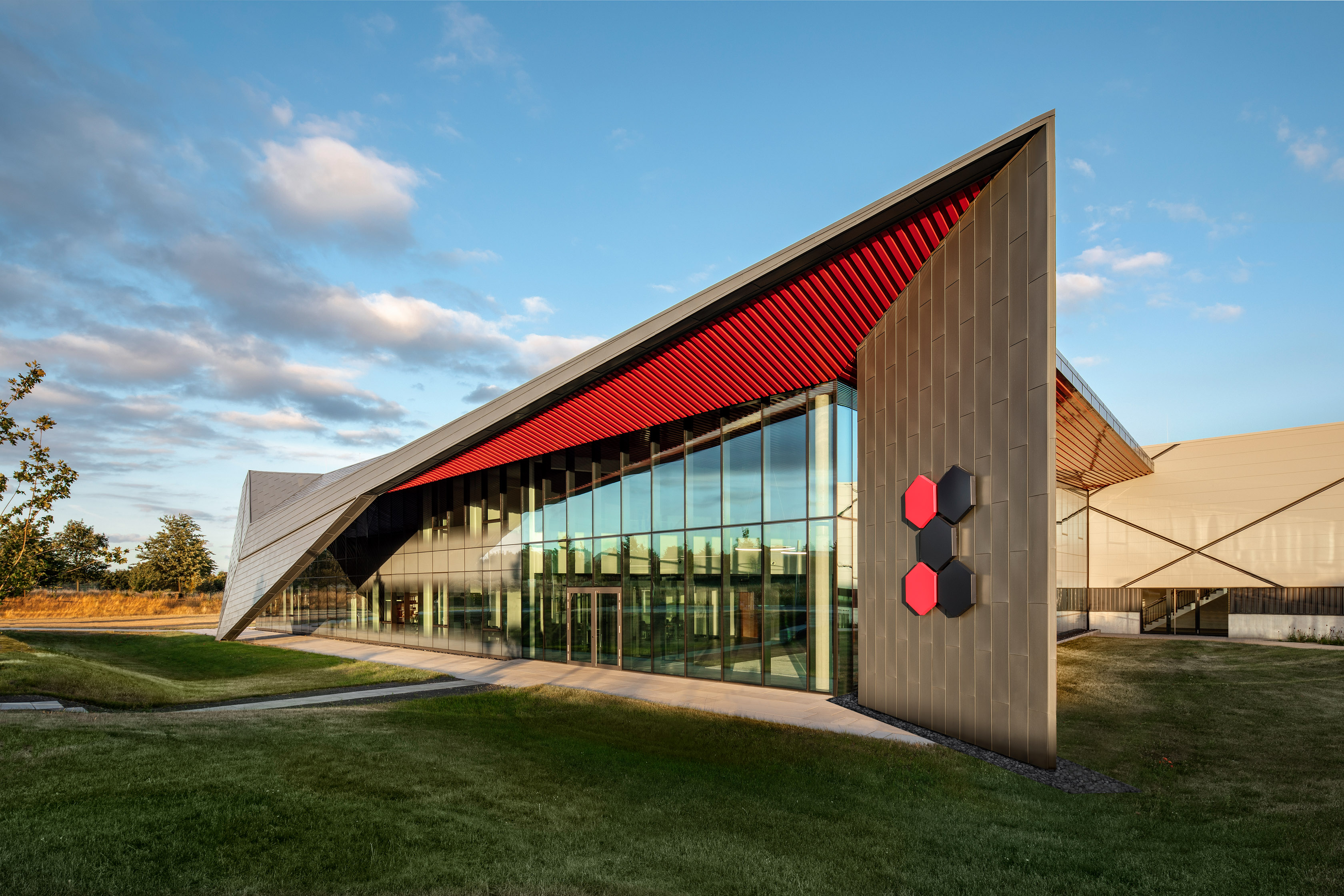 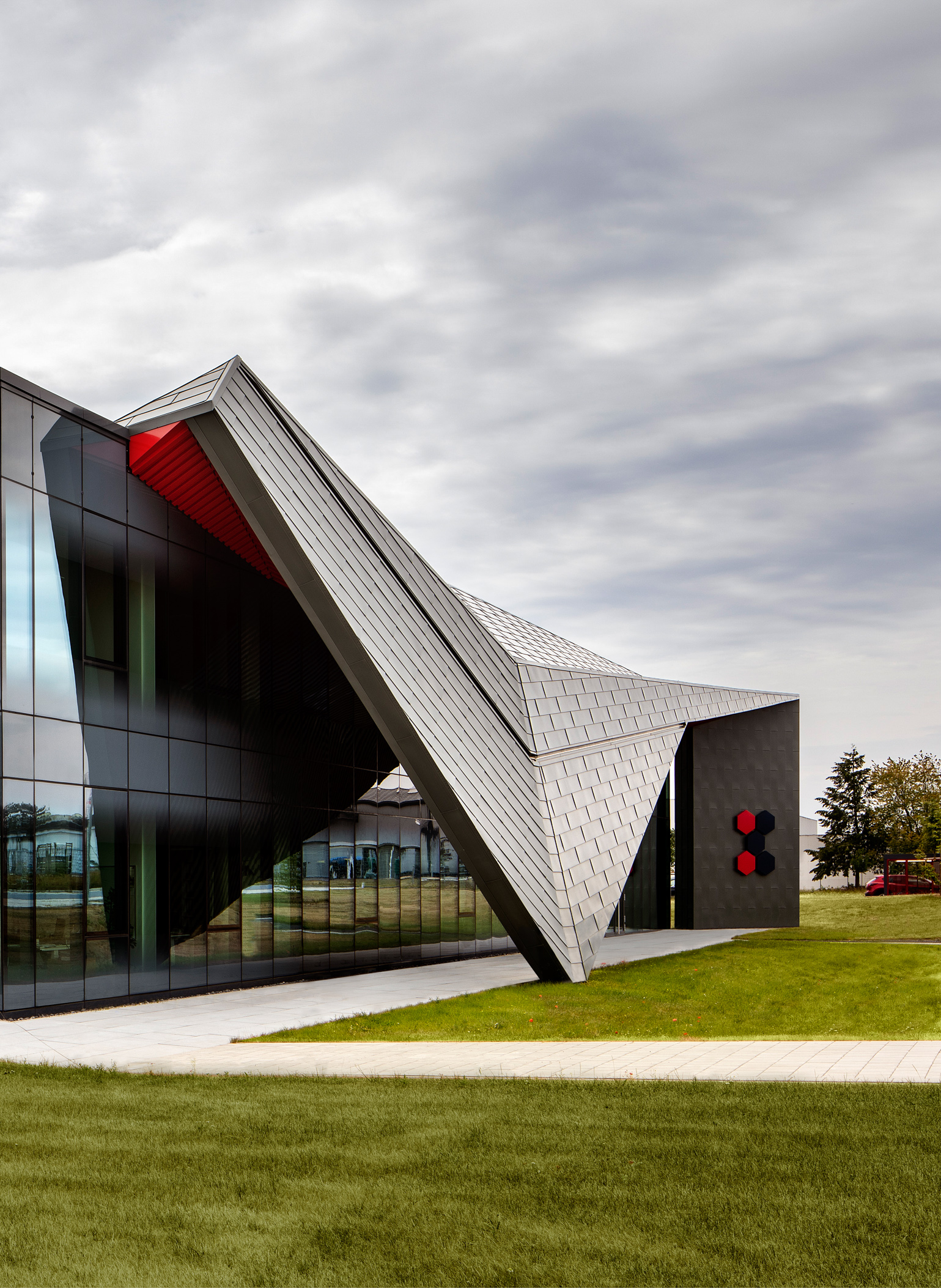 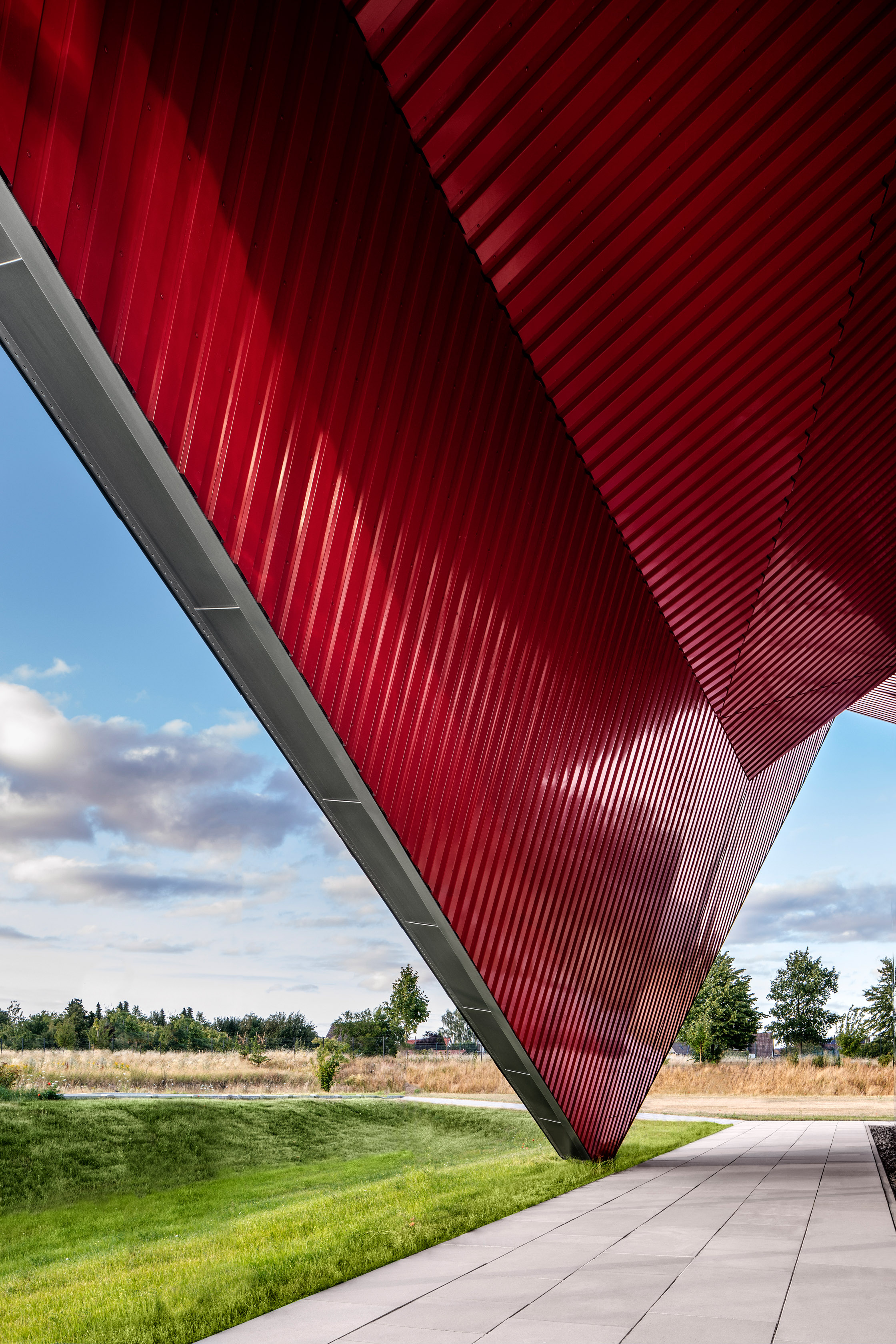 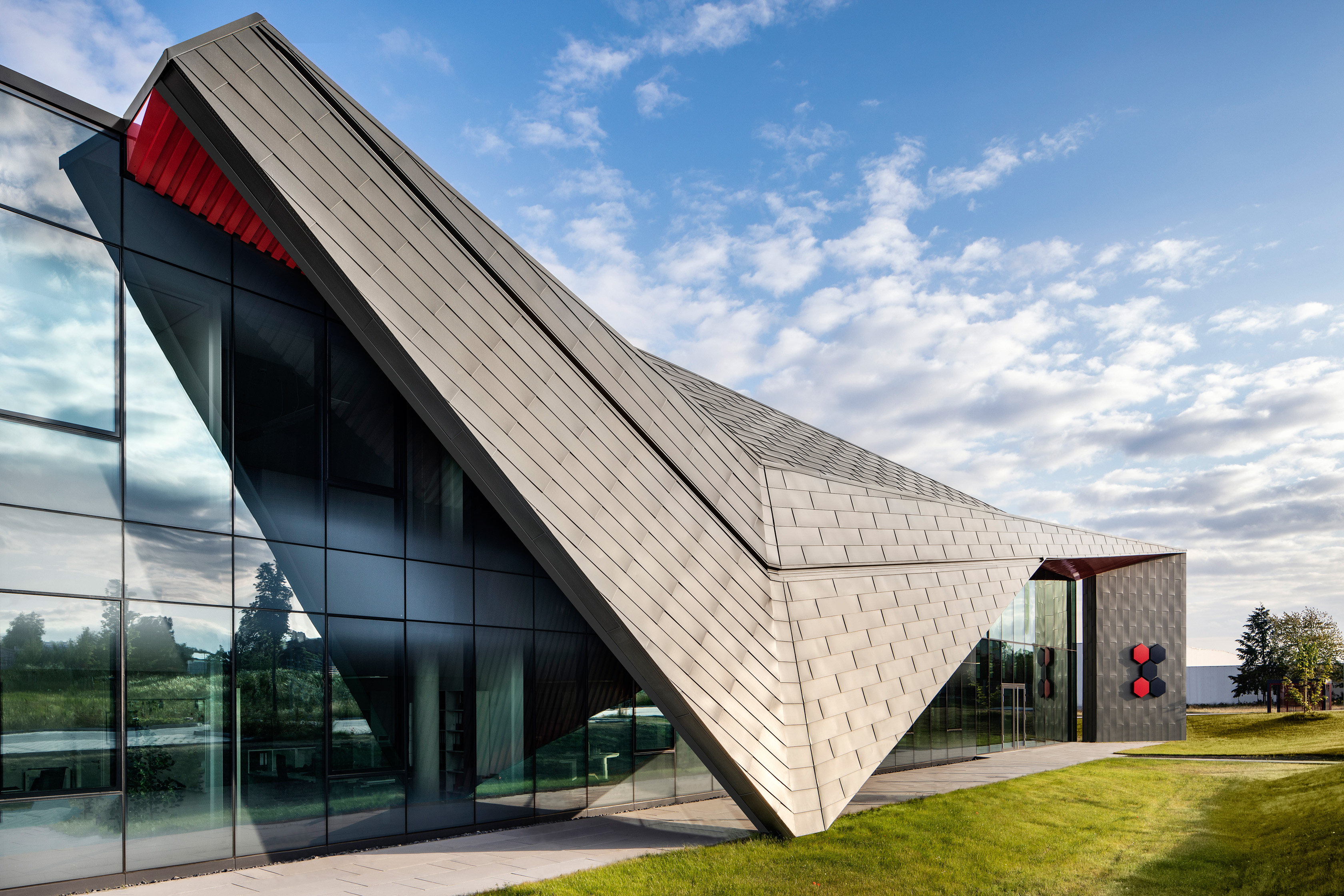 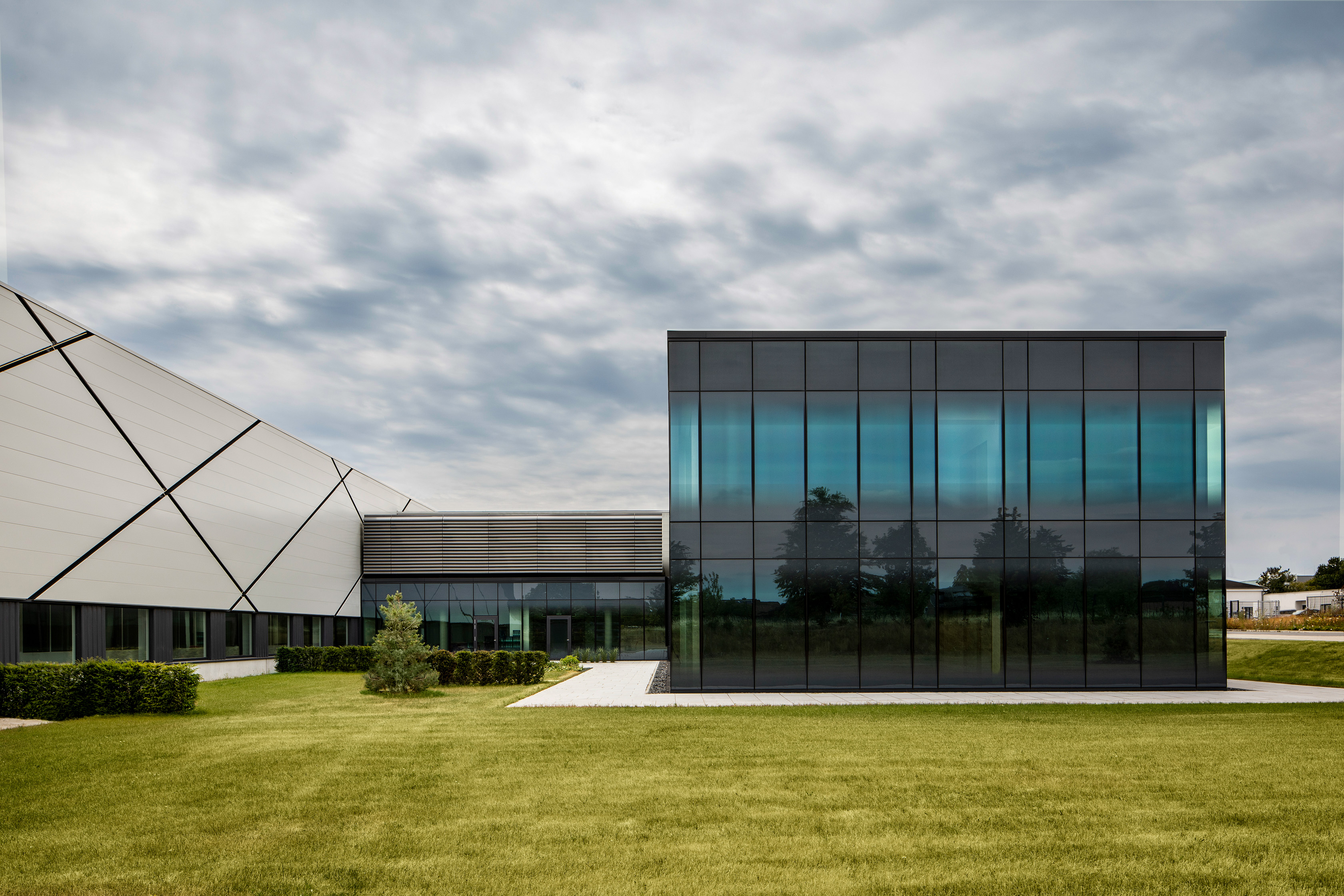 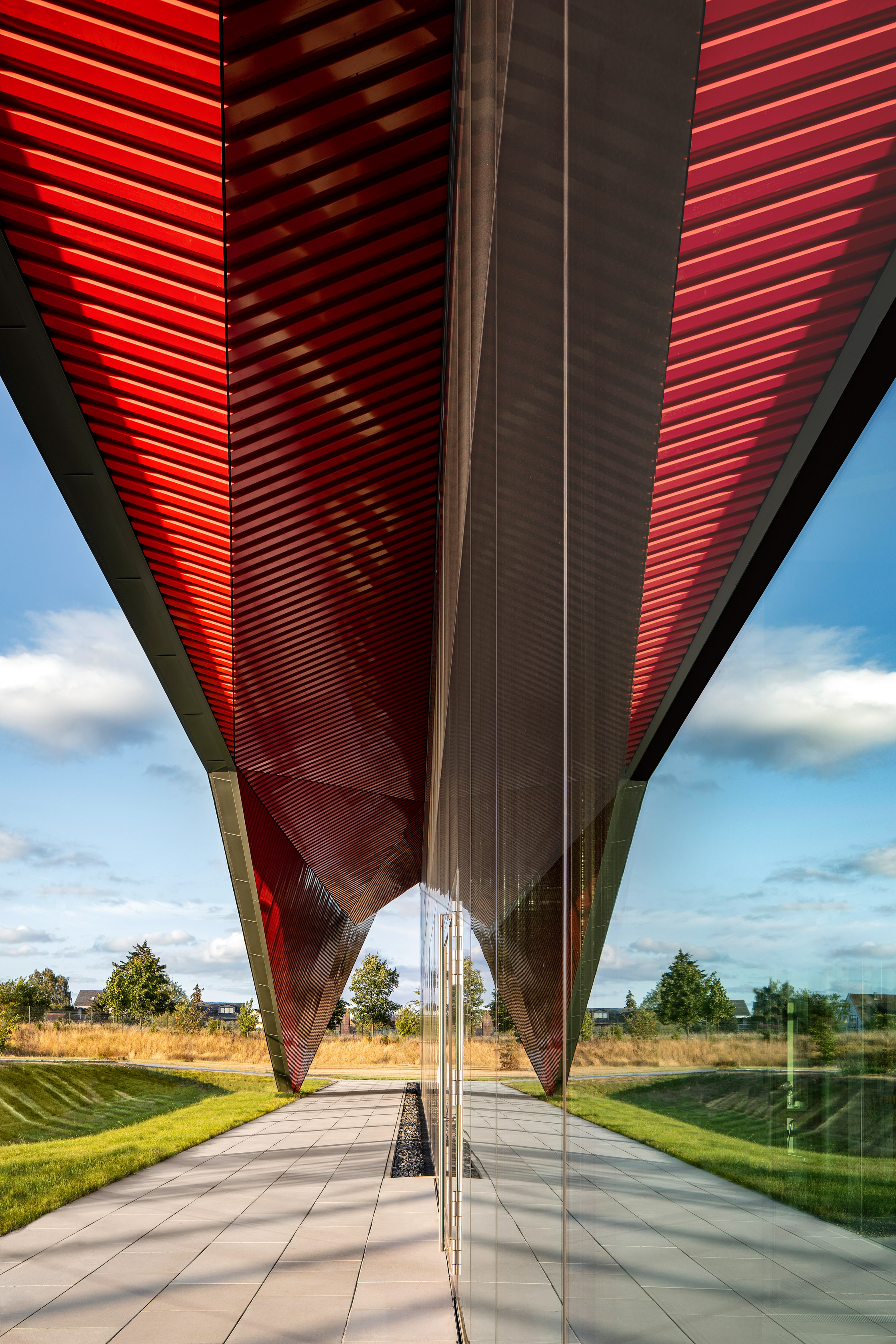 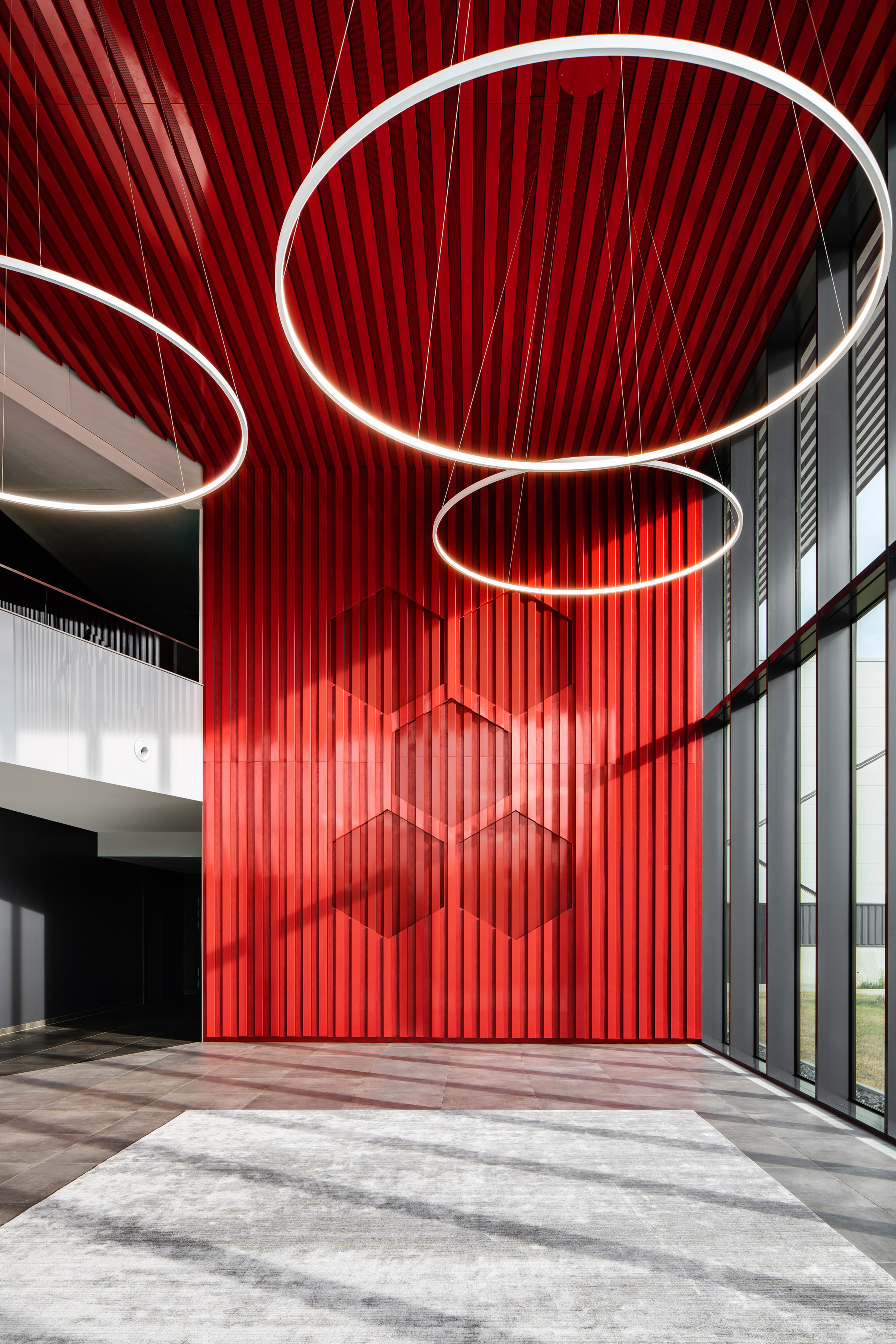 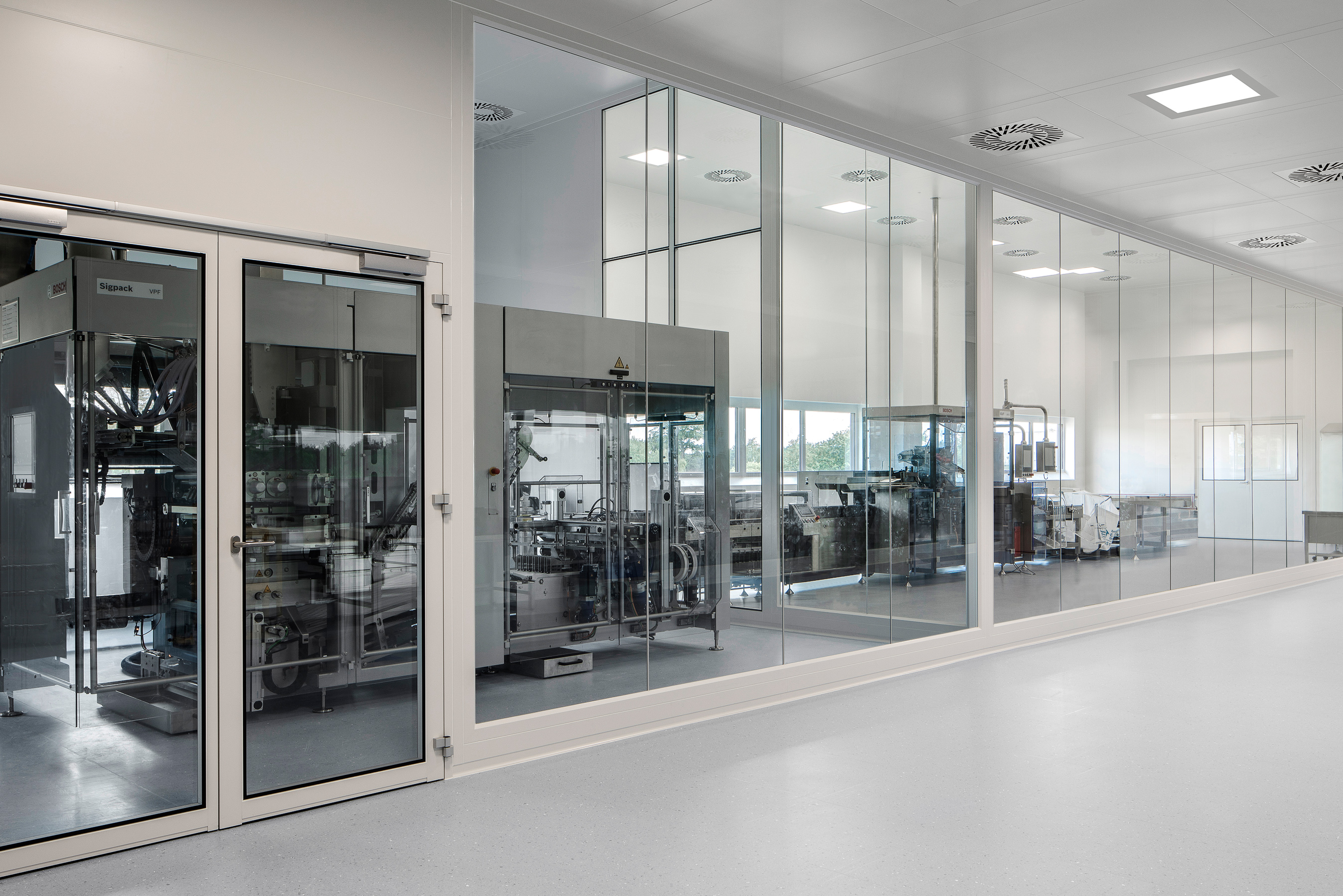 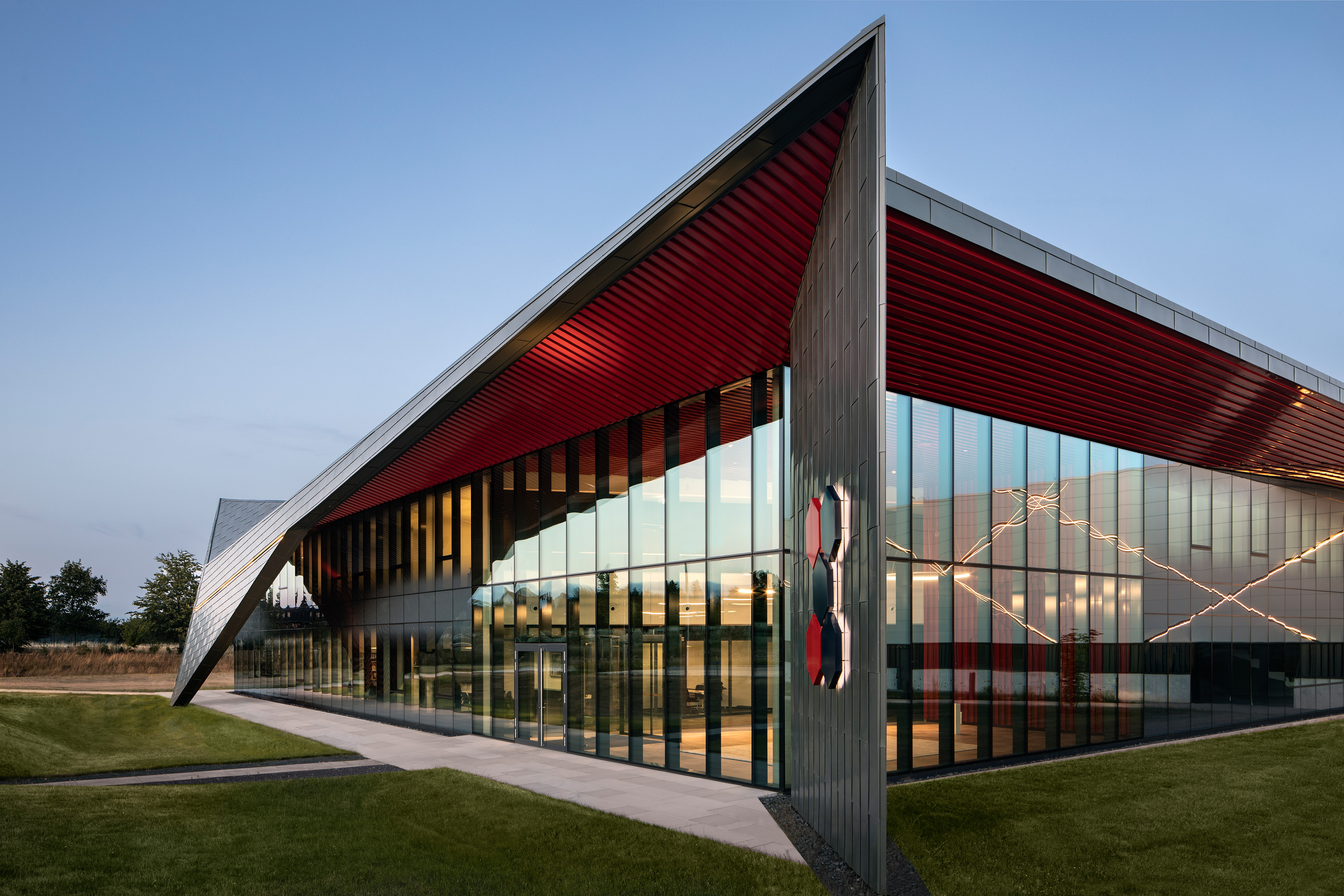